Between the three movies, the upcoming fourth installment, spinoffs, video games, and inexplicable inclusion in Fortnite, John Wick has relaunched Keanu Reeves’ career and turned into the action sleeper hit of the past five years. But Derek Kolstad’s franchise is not just a rollicking good time full of blood, bullets, and regret over having to regress into the cold-blooded lifestyles we swore we’d forgo because Theon Greyjoy from Game of Thrones killed your dog. It also provides a perfect opportunity to visit New York City to see where they filmed everything! Problem though. Maybe your partner would rather not spend the holidays in New York City tracing the path of Hollywood’s most famous killer. Maybe you have kids who are not old enough to watch Keanu Reeves kill a guy with a pencil. All reasonable concerns. So how can you enjoy a stay in New York that’s family friendly while indulging in the dark underside of Manhattan you’ve seen on screen. Thankfully, TopDogTours NYC has you covered. Also, spoilers, for all three installments of the Wick films. 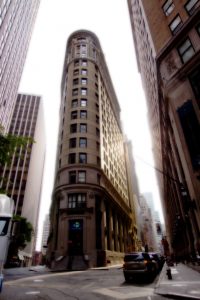 The Continental is John Wick’s most iconic location: a hotel for assassins where they can drink scotch, make eyes at other assassins, and hang out with Lance Reddick while they take care of “business” in the heart of the Financial District. Lucky for us – The Continental is two locations. The first is The Beaver Building located at 1 Wall Street Court where all the exterior scenes were shot. Interior scenes were filmed at nearby DelMonico’s at 2 South William Street. It makes sense that DelMonico’s is the site of The Continental because both are ridiculously trendy institutions. You won’t be able to pay in gold coins at Del Monico’s but you can pay (oh my god will you pay) to try famous American dishes they’ve innovated like the eggs benedict, Manhattan clam chowder and of course the famous Delmonico steak, or as you know it, a ribeye. DelMonico’s can be glimpsed on TopDog’s Downtown tour.

This next location sits in the heart of Central Park. No, that’s not the Friends fountain, that’s Bethesda Fountain located on Bethesda Terrace! It’s been featured in pretty much every film that shot in Central Park. Billy Crystal and Bruno Kirby jog by here in When Harry Met Sally and, on the diametrical end of the film spectrum, the upper level is where Thor teleports away with Loki at the end of the first Avengers movies. It’s a beautiful sight during the day – especially the statue of an angel crafted by Emma Stebbins who is the first woman to be commissioned by the city for a public art piece. But at night the Terrace fills a different role. Should any assassin like Adrianne Palicki’s Ms. Perkins overstep the rules of The Continental this is where Winston (Ian McShane) summons rulebreakers to be killed.

Bethesda Terrace makes a return at the unforgettable end of John Wick: Chapter 2 when Wick is called by Winston here during the day to answer for shooting Santino D’Antonio in the Continental, breaking the hotel’s no-kill policy. Winston takes some mercy on John giving the assassin a head start before he calls in a contract for every assassin in New York to go after Wick. To show how hopeless the situation is for Wick, Winston makes a phone call that causes every sightseer in Bethesda to turn around, all assassins under Winston’s employ. As you take your family around Bethesda and show them the turtles in the lake nearby be assured that none of the other tourists in the park are assassins. Probably. Better book a Central Park tour with TopDogTours NYC so we can keep an eye out for you.

At the beginning of John Wick: Chapter 3 – Parabellum, John looks for an emergency stash in one of the books at the world famous New York Public Library, desperately clambering past the twin lion statues (Patience and Fortitude) to enter the library and somehow skip their security check altogether. The Library asks patrons to be quiet as they browse the over 75 miles of books so behavior like the sight of John killing a would-be assassin with a book is something you will likely miss on your trip through the library. Still! Take your kids into the children’s corner and show them the on-display original Winnie the Pooh toys owned by the original Christopher Robin AKA Christopher Milne. Just in time for the holidays, the Library and nearby winter village are a featured part of TopDogTours NYC’s Holiday Tour! 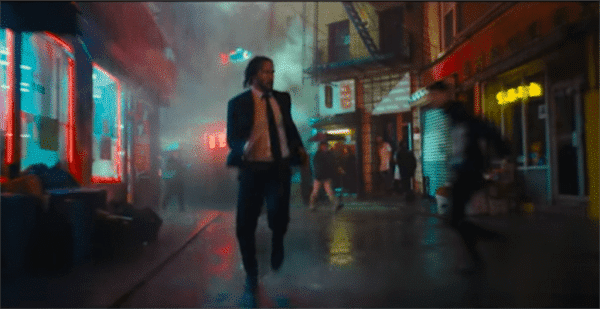 After fighting off the assassin at the library, John has to tend to his wounds with a Sbackalley doctor in Chinatown. Said clinic is Chinatown’s famous Doyers Street, once known as the bloodiest street in America for all the gang wars that occurred here by the Tong gangs of Chinatown. Hatchetmen, foot soldiers armed with literal hatchets, would throw down on this very street where today the most conflict comes from those waiting to get a spot at the Nom Wah Tea Parlor which has been serving dim sum cuisine since 1920. Take a walk down Doyers on our Three Neighborhoods tour! 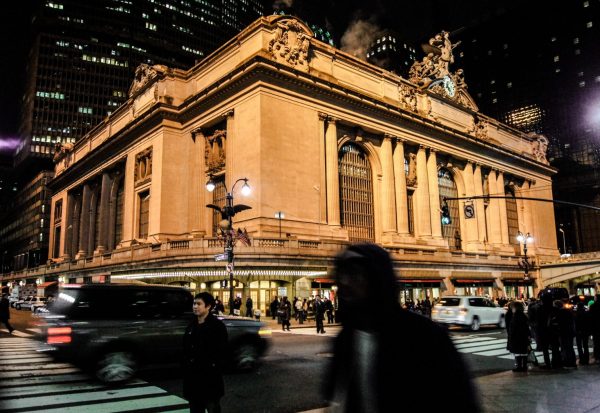 Grand Central, the largest train station in the world, has been home to many films over the year and John Wick is no different. In Chapter 3, John Wick is walking through the concourse when he is approached by Mark Dacascos’ ultra-efficient killer, Zero. The two exchange a glance, they’re about to throw down and prove who is truly the better assassin…

And then a tour guide with a flag leads a group in between the two hitmen completely throwing everything off.

Maybe you can tour this one on your own… or as part of our Superheroes of New York walking tour!