Belvedere Castle in Central Park is closed for the remainder of 2018 while it undergoes extensive, much-needed renovations. 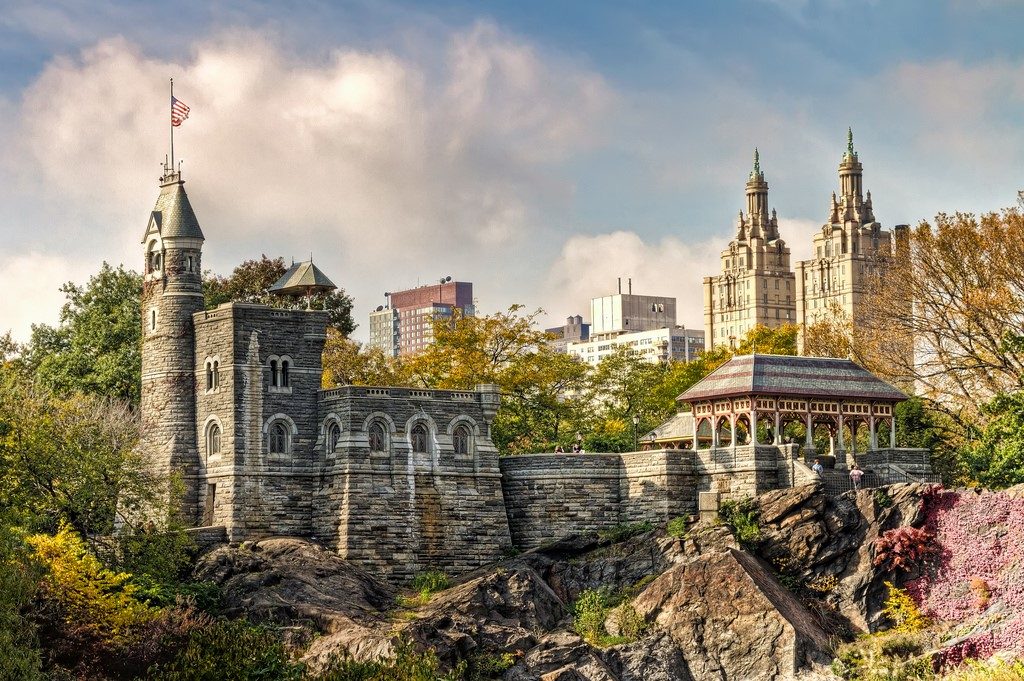 The Gothic structure was designed by Calvert Vaux who, along with Frederick Law Olmsted, designed Central Park, which first opened to the public in 1858. Vaux didn’t intend for the castle to serve any real function except as an ornamental structure and eye-catching landmark.

It was strategically placed so that when pedestrians were down on the Mall, the castle’s waving flag beckoned them to come closer. When they headed for the castle, they had to walk by Bethesda Terrace and the Ramble on their way, catching some of the most beautifully designed areas in the park.

Over the years, Belvedere Castle took on a more important role than that of a “folly.” In 1919, the National Weather Service began using it as the official source of weather in Central Park. Those scientific instruments planted in its turret measure wind speed and direction.

From the castle’s perch on Vista Rock, panoramic views can be seen of the Great Lawn, Delacorte Theater, and Turtle Pond, so it’s no wonder it’s one of the most visited landmarks in Central Park.

That wasn’t always the case, though. By the 1970s, the castle was empty and deteriorating. All of Central Park was in a dire state. The lawns consisted mostly of dirt, scattered with sporadic chunks of dying grass. Benches were rickety and broken, and Belvedere Castle was a frequent target of graffiti. 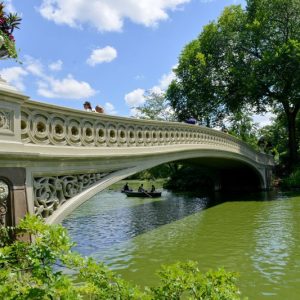 Concerned citizens banded together and formed the Central Park Conservancy in 1980. The Conservancy is now a nonprofit organization tasked with the upkeep of the entire 843-acre park. The Conservancy works with the City of New York, but is responsible for raising the bulk of its annual budget each year. In 2016, they unveiled a ten-year plan to raise $300 million for major, long-term upgrades throughout the park. Their money comes in from foundations, corporations, and individual donors.

In 1983, just a few years after the Conservancy came together, they restored Belvedere Castle to its previous grandeur. Since then, in addition to being an official
source of weather, it is one of the five visitor centers in Central Park. Inside the Henry Luce Nature Observatory, visitors can borrow Discovery Kits and then head out into the park to birdwatch, and investigate and record the area’s flora and fauna. Unfortunately, they’ll be closed to visitors until the castle reopens. Check here for the park’s four other visitor centers.

This is the most major renovation the castle has undergone since it was rehabbed from its dilapidated state in 1983. The planned renovations are massive and will repair and/or replace the drainage and waterproofing systems, the terrace pavement, windows and doors, and interior floors and ceilings. There will also be major upgrades to the exterior and interior masonry. The Conservancy also aims to make the castle and the path leading to it ADA accessible.

The work on Belvedere Castle is one of a handful of planned major renovations in the park. Other sites that will see upgrades include playgrounds, arches, and bridges, and there will be general improvements to landscape and infrastructure. Douglas Blonsky, the recently-retired CEO of the Conservancy said, “…we believe the time is right for a cultural renaissance for Central Park.” (On March 1, 2018, Elizabeth W. Smith took over as CEO).

In all, the park’s facelift is expected to cost $300 million dollars.

No specific date is set for the castle’s reopening, but for now, visitors will have to bypass the treat of Belvedere Castle, whose name translates in Italian to “beautiful view.”