You should go to the Art Gallery of Ontario, and you should get lost in there.

I saw a play some time ago, the play was titled Red, and it was about Rothko, a famous painter whose work started in the 1920s. Rothko was most famous for layering coloured, geometric shapes on a canvas. They were also huge. Some of them measured eighty-five by sixty-five inches. He was also very, very particular about how these canvases were to be hung and displayed in the art galleries which produced his shows. Like, really particular, having instructions on how to light them, how high up they were to be displayed, and so forth.

My friend Amos saw the play Red at the same time as I did, and the show was wonderful, and it was the first time I learned about Rothko and his idiosyncratic behaviours, his temperamental nature, and his peculiar demands for displaying his work. Talking to Amos after the show, he told me that he never “got” Rothko, having seen pictures of his works in art books and so forth. But then Amos saw an exhibit of these works, and the exhibit showed off Rothko’s genius.

What had appeared as flat, boring geometry and pigment came alive. It pulsed, said Amos, and came out to meet you and imposed itself in your mind and in your space, and he said that suddenly at that moment he “got” Rothko. Rothko knew what he was doing and Amos had been hypnotised by the work of this master artist.

Look, you can go to an art gallery and take a wrong turn and wind up not knowing where the exit is, but if you really want to go and get lost, you have to experience art.

Take the exhibit at the Art Gallery of Ontario right now, the one titled Hito Steyerl: This is the Future. You can definitely get lost in this one. I don’t know how to pronounce the artist’s name, so don’t ask. I know that she’s from Germany, a filmmaker and a visual artist, and a professor at the Berlin University of the Arts. 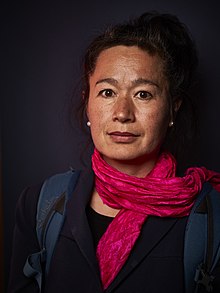 The exhibit features several works by Steyerl, and is about the Future. My personal favourite piece was called Liquidity, Inc., but I encourage you to get out and engage with this work. It’s something special and isn’t the kind of thing you normally think of when you think of an art gallery.

It takes up the whole fifth level of the David and Vivian Campbell Centre for Contemporary Art and it will take up all of your psyche as well. It is enriching, enchanting, and inspiring – this is art that can change you just in the viewing. It needs all that space, too, because this is an exhibit with gravitas. The scale of the thing is part of the wonder you will experience taking this in.

If you’re looking for something more like that, more traditional, go see the work of one of the revered masters. Early Rubens, which is pretty WYSIWYG: you get to take in the early works of the Flemish Baroque artist famous for his particular approach to illustrating women . In fact, he was so famous for his preferences for curvaceous women that the term Rubenesque has become common parlance for the full-figured.

In many ways, that’s a shame, because it has reduced Rubens’ works into one dimension, at best, or a punch line, at worst, and he really does have a fine command of form and composition.

If you think visual art is not engaging, I cannot recommend the Early Rubens exhibit enough. The Massacre of the Innocents realises the scene in the Gospel of Matthew where King Herod, hearing about a new king (the prophesised Christ child) from the three wise men, orders the children of the area murdered. The story is horrifying. So is the painting. The figures depicted hold movement despite the still nature of the art form. You can feel the motion, the roiling torment of the scene, the terror and agony is real under Rubens’ brush. There is a fluidity to many of Rubens’ pieces which I admire and envy.

Now, this might seem like the sort of thing you want to avoid, but it’s not. It’s engaging. Repulsive, yes, I suppose, but the power of art is the power to illuminate and magnify images and feelings like this. We need to feel these feelings and this art takes us there. In a weird way, it’s also kinda Christmassy, getting into parts of the story we aren’t so familiar with and may be a little uncomfortable, but worth the exploration. 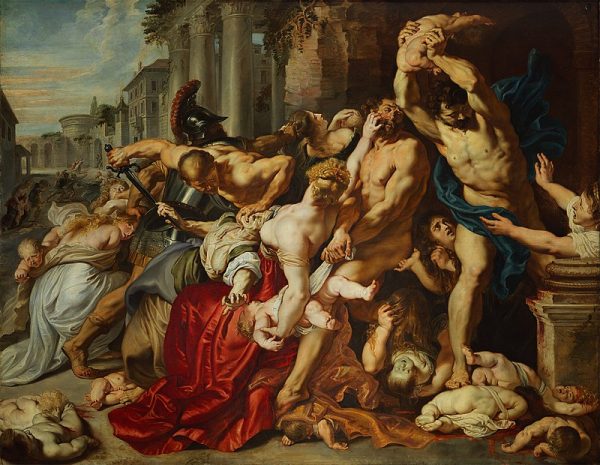 The exhibit has a lot going for it, and not everything involves infanticide. Go see the works of a venerable master and discover why he is revered. Discover the art that created “Rubenesque” and make sure that his work is no longer one-note in your mind. Let it arrest you and take you somewhere sobering, detailed, and fluid.

Rubens runs until the fifth of January. Hito Steyerl: This is the Future will be at the AGO until February the twenty-third. Make sure you check out the Art Gallery of Ontario. These are just two of the wonderful exhibits that get displayed there, and there’s so much more going on.

Most people don’t think about art galleries when they book a vacation. Why would you walk around a stuffy building with your pinky out trying to pretend like you “get” it. Well, let’s be clear: visual art and galleries are two of the best things and most unique things a city can offer visitors and guests. But, also, don’t make the mistake of assuming you won’t “get it”. Remember what I said? About getting lost? Well, that’s all you have to do. Just take it in. Whether it’s a multi-media presentation by a contemporary artist, or the perennially arresting work of a recognised master, the best art is accessible. You just have to get lost in the art itself, let your mind see it, take it in, and yes, you will understand it. Even if that’s just a feeling or a sense of the image itself, that’s what art does.

Getting lost has never been so much fun, so easy, or so fulfilling.