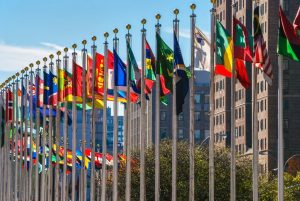 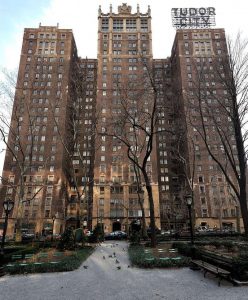 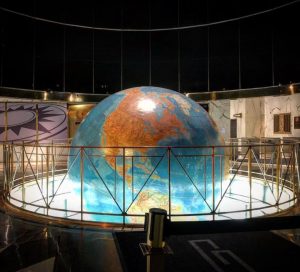 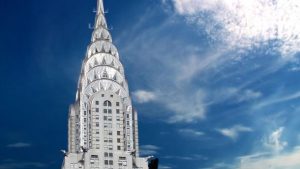 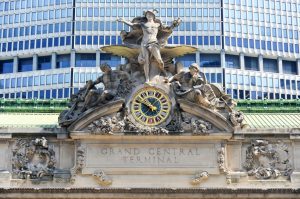 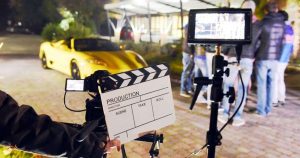 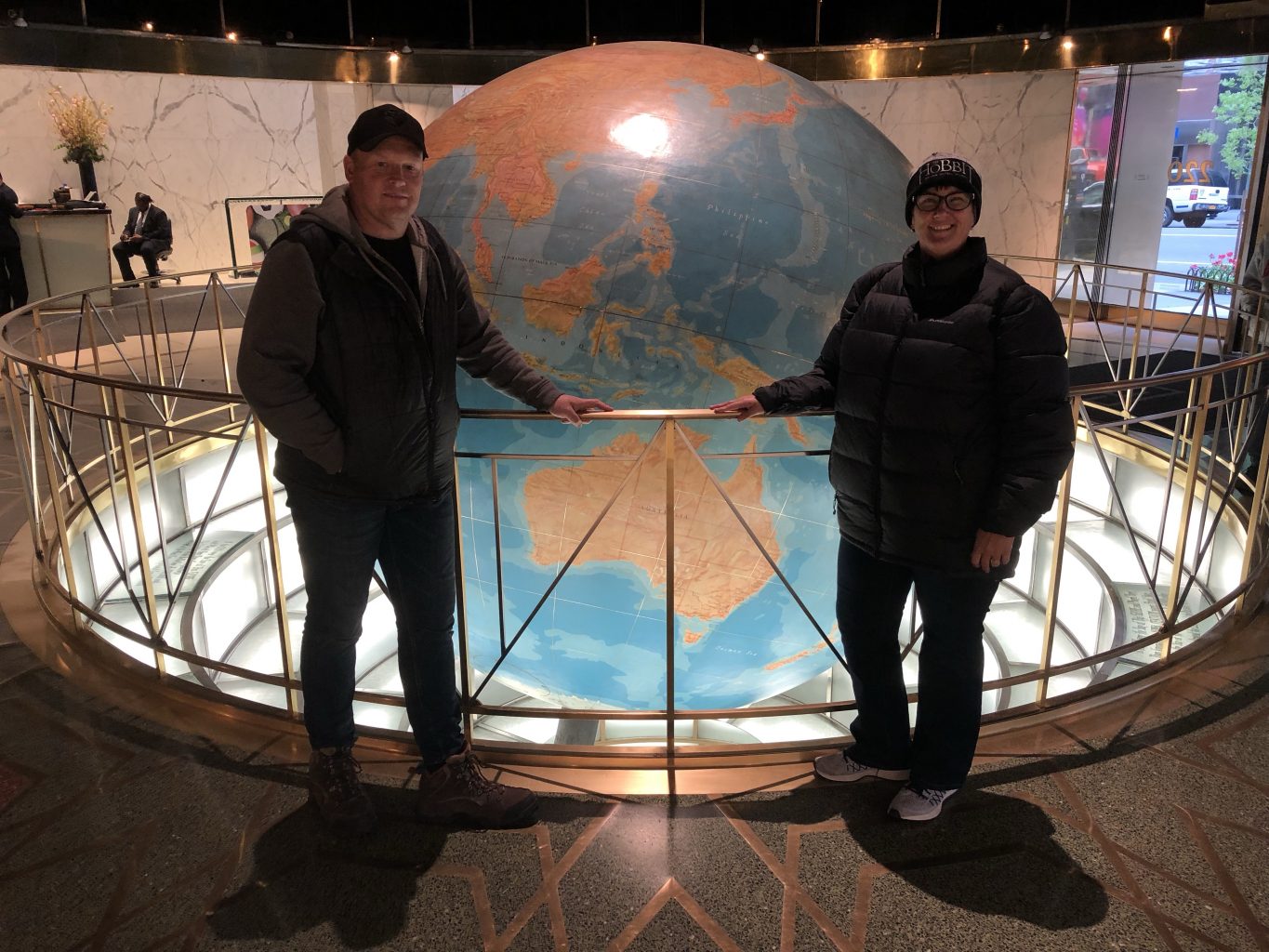 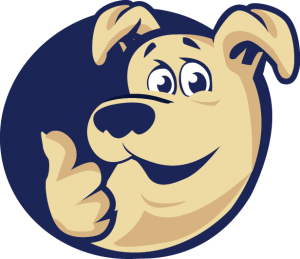 Elspeth and Matthew
décembre 17, 2022
Note 5 sur 5
Thank you Percy. My son is a big Marvel/ DC fan and I even found the amazing amount of information interesting. Would definitely recommend.
Daniel Ciappara
novembre 30, 2022
Note 5 sur 5
Me and my wife just went on a private tour this morning and we have really enjoyed it. Our tour guide was really knowledgeable and we visited some very interesting places. Places which we have only seen in movies. For us comic book fans it was a dream come true. Highly recommended for all those who visit NYC and want to see where the magic was made. 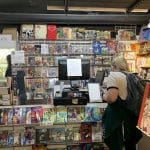 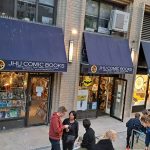 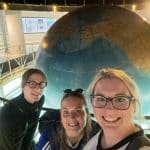 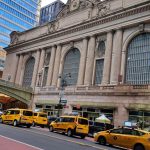 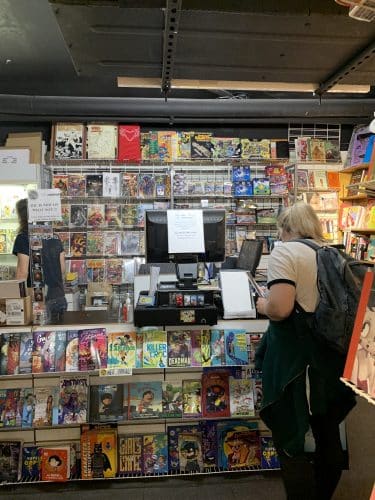 +3
Carly Goldsmith
novembre 6, 2022
Note 5 sur 5
Our tour guide Percy was very good! They had so much passion for superheroes and comics it really made the tour. The pick-up details were correct and easy to find. We left on time after some introductions. The tour was great value for money! Very informative and plenty of opportunities for questions. I don’t there would be anything Percy wouldn’t know! We all loved hearing the information, having photo opportunities and the locations we went to. The comic store is really cool! I’m not a huge fan but took a lot of information away and found a new respect for comic books!! I don’t feel anything could have been better in the time that we had. Remember to use the bathroom before the tour. Not many opportunities or time for a stop! Highly recommended tour.
Jessica
octobre 23, 2022
Note 5 sur 5
Die Tour mit Luke war absolut toll. Ein klasse Guide mit viel Humor, Slapstick, großem Sachwissen und Interesse an den Menschen, die mit ihm auf Tour sind. Wirklich empfehlenswert! Danke Luke. Werde bei Wonder Woman und Magneto ab sofort an Dich und unsere Tour denken und würde mich freuen, mit Dir in Deutschland Schnitzel zu essen und Bier zu trinken
Mark Lawson
septembre 6, 2022
Note 5 sur 5
Went on the Superhero tour yesterday and from start to finish it was amazing. Luke was an encyclopaedia of knowledge and spoke personally to us on the way round the tour (also sang happy birthday to me) 😂😂 Would definitely recommend it to any superhero fan and even for someone who is not! Thanks Luke, hope to see you in Scotland some day!! Mark & Karen 🕷
Michael
juillet 31, 2022
Note 5 sur 5
Great tour by Marvel’s biggest fan Luke. He is an encyclopedia of comics and super hero movies. Worth everything second of the tour!!
Melinda Hanson
juin 9, 2022
Note 5 sur 5
We loved this tour! Very informative and entertaining, the guide Orlando was knowledgeable and very nice! All in all great experience! Thank you!
Team Birmingham!
mai 23, 2022
Note 5 sur 5
Great tour with Luke - super knowledgable, funny and made a very enjoyable couple of hours! Interesting for Marvel/DC fans of all ages, would recommend!!
Sarah Tachine
mai 7, 2022
Note 4 sur 5
Went on a private tour with Luke! He was very knowledgeable about the comics from DC and Marvel . At the end of the tour he took my mom and me to the comic book store and they have free comics every first Saturday of the month! The only reason I’m giving the review 4 stars is because I wish were we able to go see the inside of Grand Central Station but we had to press on. I also wish the tour was more interactive . For Example the location where the avengers assemble, it would be awesome if tour guides would show video clips from the first avenger film while also showing the real life location to give comic book fans a better perspective of the movie magic.
Julie&Ellis
mars 19, 2022
Note 5 sur 5
Fantastic tour with Luke! Great host with a vast knowledge. Not too far to walk and taken at a gentle pace with lots of stops. Definitely recommend this one for Avengers,Superman,Spider-Man etc fans. Learned so much!!
Sarah and Al
mars 12, 2022
Note 5 sur 5
We really enjoyed this tour. Even tho it was cold and raining, our tour guide Luke made it fun and interesting. He was extremely knowledgeable with everything DC/Marvel related, and told us some great stories and superhero facts. We would definitely recommend this tour if you are a DC/Marvel fan or even if you just like movie trivia. Thanks again to Luke......even showed us which bus we needed to get back to our hotel. 5 STARS
Josué Rojas Gonzalez
février 20, 2022
Note 5 sur 5
Excelente tour, el guía Patrick se nota que disfruta lo que hace y brinda información interesante además de que hace divertido el trayecto, sin duda, 100% recomendado
Nicolas
janvier 8, 2022
Note 5 sur 5
Increíble Realizamos tour con Orlando, el tour de superhéroes en español y el guía nos pareció muy amable. Explicó de manera sencilla y fácil de comprender. Increíble experiencia. Muy recomendado
Paolo
novembre 4, 2021
Note 5 sur 5
Amazing tour! Succeeded my expectations for sure! My guide Orlando was amazing and he sure is an expert! Would definitely recommend and do again! Thank you so much! 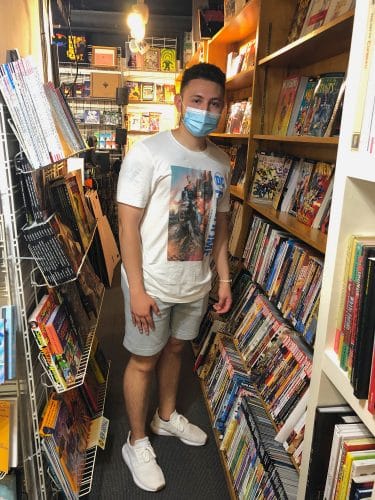 Griffey Sarmiento
septembre 1, 2021
Note 5 sur 5
Great tour! Our tour guide Julian was extremely helpful and full of energy. A ton of cool hidden gems in information given in this tour and I was very pleased with the content and hospitality!
Trevor
août 9, 2021
Note 5 sur 5
We went on the tour with Julian, and he was fantastic. It was great to learn about the history of so many superheroes, and how they fit into the city. He was full of fun facts, skillfully presented, and it was well worth the time. I especially enjoyed learning about how they filmed The Avengers. Highly recommend!
Irene
août 2, 2021
Note 5 sur 5
James was awesome! The tour was interesting and funny too!
Greg Tosi
novembre 17, 2019
Note 5 sur 5
We're a family of 4,with two boys under age 10. This tour was great for everyone, even my non-comics living wife. Our tour guide, James, impressed from the start. We were running a little late and he called to make sure we were ok and assure us that we wouldn't miss the start. He then followed that up with a wealth of information about comic sites and history. But he Also delivered it in an entertaining, humorous, and engaging fashion. His knowledge of comic history generally was quite apparent as well as his interest in the genre. The tour went by too quickly, at least for me. We had spent the 3 days before this tour walking all over the city and were concerned about the walking nature of thia tour. But the tour flew by and the walking potion was not strenuous at all. I would recommend this tour to anyone who,has an interest in comics. It feels as though James has a lot more to share with people and can tailor a tour for everyone from a comic neophytes to the most well informed comic collector. If you have any interest in comics or the movies they inspired, take this tour!
John
novembre 3, 2019
Note 5 sur 5
An engaging and detailed tour through New York's superhero shrines, from the original of the Daily Planet to Daredevil's favourite church. Our guide Sam was an excellent host, with a local's encyclopedic knowledge and an ebullient style - acting out how Batman's costume has evolved was a highlight! Fans of the movies will see recognisable locations, but even superhero experts may hear a secret about their favourite character.
Randall Zamora
novembre 1, 2019
Note 5 sur 5
Awesome! We booked the Private Tour since my Kid is a big fan of Marvel DC, and after the Tour I became a big fan too, Sam the lady guide, made of the tour not only a great family time but also so interesting that you want to learn more. A must while in NYC! 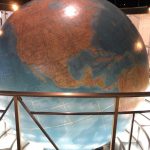 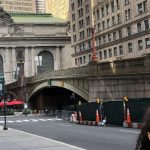 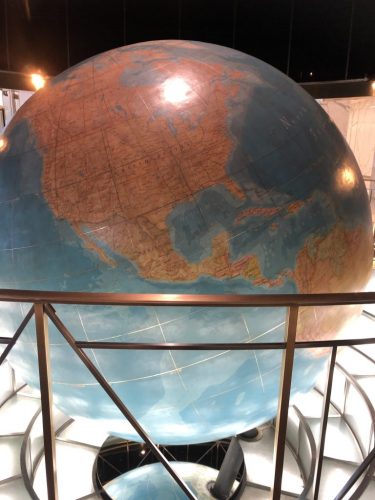 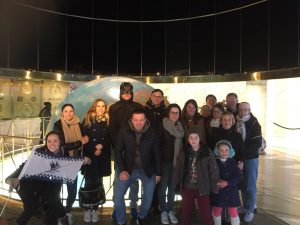 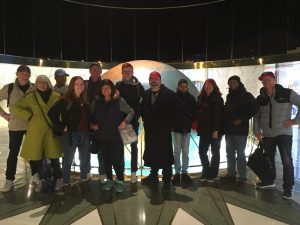 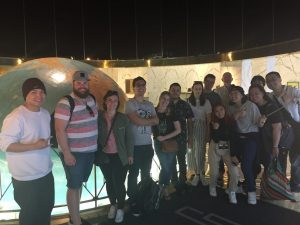 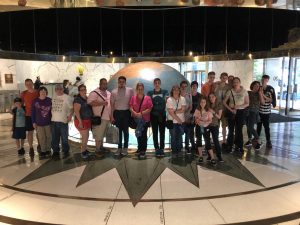 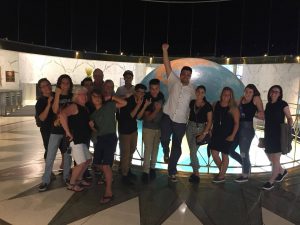 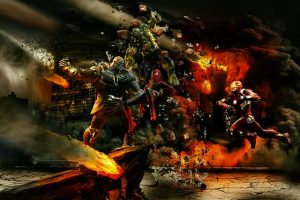