The Battery: An Outdoor Oasis on the Tip of Manhattan

The Start of a City: Visitors flock to The Battery in huge numbers, mainly to board the ferry to Ellis Island and the Statue of Liberty. 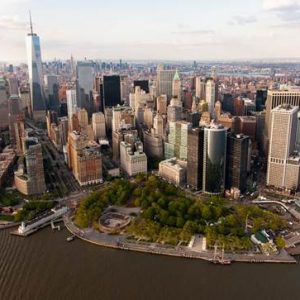 But the 25-acre park on the southernmost tip of Manhattan is worth a second look. The Battery Conservancy was formed in the mid-1990s to address the disrepair the park had fallen into and since then, the area has become a thriving urban park. Its landscaped gardens and wide open, waterfront space are a far cry from the origins of The Battery, which earned its name in the 17th century when artillery batteries were positioned there to protect the settlement known as New Amsterdam. So, the next time you’re in The Battery, stick around—maybe even spend the day. You’ll find plenty to do, but here’s a list to get you started. 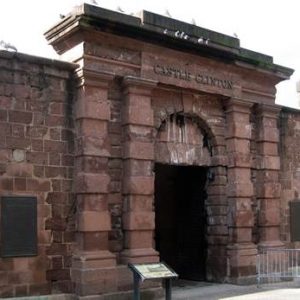 It’s one of many monuments in the park, but the storied history puts Castle Clinton in a category all its own. It came into existence as a military fort, intended to repel British attacks (which never came) in the War of 1812. Decades later, in 1855, it preceded Ellis Island in becoming the official processing station for new immigrants to the United States, which means that many of the 8 million people who arrived from foreign lands didn’t yet have the magnificent Statue of Liberty to greet them in harbor. She was dedicated in 1886, just four years before Castle Clinton stopped receiving immigrants. For about the next 45 years, the circular structure housed the New York City Aquarium. Since then, it has operated as a beer garden and a theater, and today it’s a national monument and ticket office for the Statue of Liberty.

Learn About History and Culture

More than 20 monuments are scattered throughout the park that pay tribute to the history, culture, and significant events of the city, state, and nation. Key war memorials include the American Merchant Mariner’s Memorial, which recognizes all merchant marines who have served since the Revolutionary War; there are also memorials to commemorate World War II and Korean War veterans. But the tributes aren’t all war related—a plaque honors Emma Lazarus, the poet who wrote the famous inscription on the Statue of Liberty’s pedestal. There are also monuments dedicated to various groups of settlers and immigrants who have molded the city and country into what it is today. See here for a full list of the park’s monuments.

Ride your bicycle or grab one from a nearby Citi Bike sharing station to peddle along the Battery Bikeway, which connects the Hudson River Park Bikeway and the East River Esplanade to provide one long, scenic bike trail. You’ll find air stations and restrooms along the way for your convenience. If you’re looking for a more sedate activity, take a meditative walk in the Labyrinth (designed to honor the one-year anniversary of 9/11), have a seat in the two-acre lawn space known as the Oval, or dip your toes in the water jets at Bosque Fountain. To see how local school kids are learning sustainable farming methods, visit the Battery Urban Farm, and if you find yourself in the park on a hot summer day, find relief in the shady forest of native New York trees in the Battery Woodland. 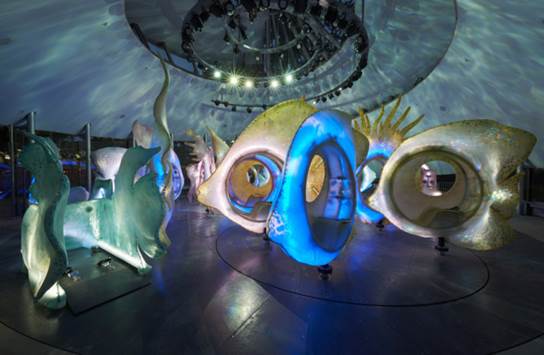 The spiral-shaped building was designed to look like a chambered nautilus, and inside is a collection of 30 shimmering fish which serve as the seats in this sea-themed merry-go-round. The light, movement, and music all combine to give riders a mystical, aquatic-like experience. The carousel opened in 2015 and honors the park as being the original location of the New York Aquarium, which eventually moved to Coney Island. Take note that the winter hours for riding the carousel are limited; check the website for specific times.

If you’ve experienced the attractions listed here, that’s a good start, but you’ve only just scraped the surface of all The Battery has to offer. There are plenty of restaurants where you can dine while enjoying New York’s iconic views—two favorites are Pier A and Gigino at Wagner Park. Museums just a short walk away include the National Museum of the American Indian, the Skyscraper Museum, and the Museum of Jewish Heritage.