The weather outside may be cold, but what could be a better way to spend a winter evening than at the theater?

Broadway has some amazing shows entering previews in the next two months and we could not be more thrilled! What is especially neat about this round of shows is that most are original musicals and plays. We have seen a lot of jukebox musicals and revivals this past year and it is always a treat to see something new. Up first, a show that has been taking the British theatre scene by storm the past few years: 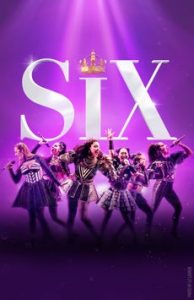 Six tells the story of Henry VIII six wives as if it were a pop concert. Each wife sings about their misfortune and abuse at the hands of the notorious monarch and whoever has suffered the most will be named the lead singer of the band. It is history retold as a reality TV singing competition with six powerful female leads. It premiered in 2017 at the Edinburgh Fringe Fest and has been running in the West End the last few years and is making its way to Broadway this Winter. Music, lyrics, and book are by Toby Marlow and Lucy Moss. 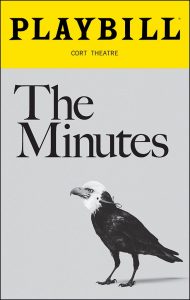 Set at a town meeting in the fictional small city of Big Cherry, acclaimed American playwright Tracy Letts gives us this timely political piece. Letts also stars in this play alongside stage and screen mainstays Ian Barford, Blair Brown, and film star Armie Hammer. The Minutes is directed by Anna D. Shapiro. She and Letts were behind the smash hit August Osage County and this reunion is highly anticipated. 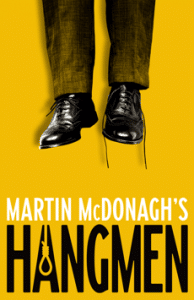 Another West End transfer getting a lot of buzz this season is Martin McDonagh’s Hangmen. Besides doing well across the pond, the show is coming straight off a sold out run at the Atlantic Theatre Company. Hangmen is about a professional hangman on the day hanging is abolished and the unforeseen events that stem from that groundbreaking decision. This show stars Dan Steves and opens mid-March but will be gone mid June so be sure to grab your tickets early! 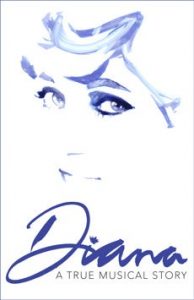 Diana is a biographical musical about Princess Diana’s life and her relationships with the media, the royal family, and the public. Coming off a great run at the La Jolla Playhouse, Jeanna de Waal and Joe Hartampf will reprise the roles of Diana and Charles. The book, music, and lyrics are by Joe Dipietro and David Bryan and directed by Tony winner Christopher Ashley. Anglophiles will want to make sure to not miss this new musical. 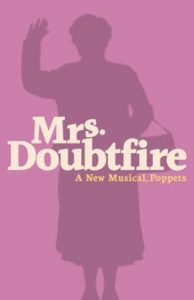 Rob McClure has gigantic (ladies) shoes to fill, playing the role of Mrs. Euphegenia Doubtfire in this new musical based off the iconic Robin Williams film of the same name. Coming from a highly regarded run in Seattle, Mrs. Doubtfire is sure to draw a big crowd this winter. With music and lyrics by Wayne and Karey Kirkpatrick and a book by Karey Kirtzpatrick and John O’Farell, the show is also directed by Tony winner Jerry Zaks. It is sure to be a riotous good time.