It’s impossible to discuss The Gilded Age (both the show and the era) without mentioning the Astor Family.

Founded in the 1780’s by John Jacob Astor, he made his fortune in fur and Manhattan real estate. The Mrs. Astor we keep hearing about in The Gilded Age was the wife of John Jacob’s grandson. Broadway great Donna Murphy is doing a great job of portraying Mrs. Astor and I’m becoming a fan of Amy Forsyth who plays her daughter Carrie. Carolyn Holding and Andy Taken make cameos as Helen Astor and James ‘Rosy’ Roosevelt in the first episode. 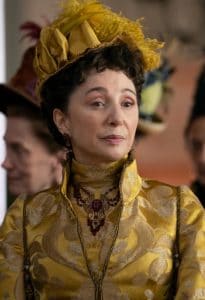 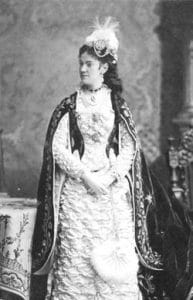 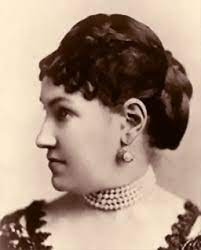 Caroline Astor was born Caroline Webster Schermerhorn in 1830 into a wealthy family in the family home at 1 Greenwich Street (way downtown near Bowling Green). Her father’s family had been in New York for 200 years and her mother was a Van Courtlandt, a family that had also been on New York since the 1630’s. In other words Lena as she was called, was the epitome of old New York. At the time of her birth her father was worth $500,000 (about $15 million today). She married William Backhouse Astor Jr. at Trinity Church in 1853. Despite the Astor’s having more money than her family,. She brought the Knickerbocker pedigree to the marriage.

Like most women of her era, she spent the early years of her marriage raising her children and running her household. The difference was that Caroline had an inheritance, so she was less dependent on her husband than most woman at the time. In 1862 she built a brownstone townhouse at 350 5th Avenue, the current site of the Empire State Building. The house next door belonged to her brother-in-law John Jacob Astor III, which must have been awkward as she didn’t like his wife. She and her husband also built a “cottage” in Newport called Beechwood. Beechwood’s ballroom was large enough to fit 400 people, thus the term ‘The 400.’

In the years following the Civil War, New York’s population grew vastly due to the arrival of immigrants and new money families from other part of the United States. Caroline dominated society and acted as the gatekeeper for the upper crust of New York. She did eventually allow certain new money families into her inner circle such as the Vanderbilts (see my first blog for more info on that). Until 1887 she was considered THE Mrs. Astor. However with the hatesdsister-in-laws death, her nephew William Waldrof Astor expected his wife Mamie to take the title as he was now head of the family. But his wife was younger and not as socially powerful. In retaliation he moved to England (and later became a Viscount) and turned his house on 5th Avenue in to the Waldorf Hotel. The hotel was designed specifically to overshadow Caroline’s house. She famously said “There’s a glorified tavern next door.” Not to be outdone she tore down her house and built and built her own hotel, the Astoria. The hotels eventually merged to become the original Waldorf-Astoria. The hotel was torn down in 1928 to build the Empire State Building.

After leaving her brownstone, she settled with her son’s family in a new home on East 65th Street. She spent her last years battling dementia before dying in 1908. It took 3 women to take her place; Alva Belmont (the former Alva Vanderbilt), Mamie Fish, and Theresa Fair Oelriches. 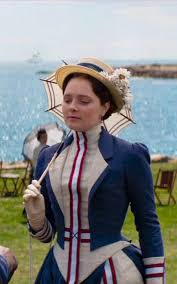 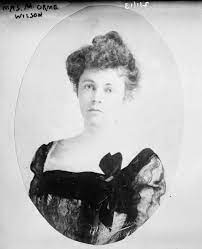 Caroline Schermerhorn Astor was born in New York City in 1861 and and grew up in the brownstone on the corner of 34th Street and 5th Avenue. It was actually Carrie’s insistence own attending Alva Vanderbilt’s famous ball that elevated the Vanderbilt Family into proper society (see my first blog for more info). Carrie met Marshall Orme Wilson, of ‘The Marrying Wilsons’ in the early 1880’s and they fell in love. As he was the son of a Southern Civil War profiteer, he parents did not approve of the match. Reportedly Carrie starved herself until her mother gave in and agreed to let them marry. Their wedding took place at the Astor mansion and they would go on to have 2 sons; Marshall Orme Wilson Jr-who was Ambassador to Haiti under FDR, and Richard Thornton Wilson III. They lived in a house on 5th Avenue near her parents that was purchased for them by her father. After her marriage she became a leading society figure in her own right and shared Box 3 at the Metropolitan Opera with her sister-in-law Grace Vanderbilt rotating opening nights.

After her mother moved uptown, Carrie led the cotillion at the inaugural ball of Mrs. Astor’s new home. At this point Wilson had begun to built them their own new home one East 64th Street. When her husband died in 1926, he left her their home while her sons received the rest of the estate. Carrie outlived Wilson by 22 years and died at her son Richard’s home at 1 Sutton Place. After her death, her house was sold to the Indian government to house diplomats for $500,000. 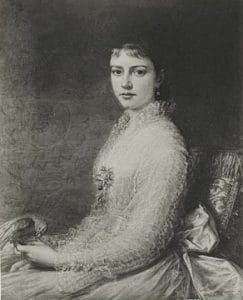 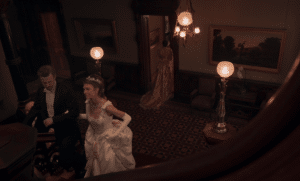 Not as much information is available about Helen as her sister Carrie. Helen was born in New York City in 1858 and married James ‘Rosy’ Roosevelt in 1878. They had 2 children; James Roosevelt “Tadd”Jr. and Helen Rebecca Roosevelt. She died at the age of 38 in the UK of unknown causes. 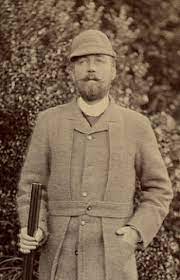 James ‘Rosy’ Roosevelt was born in 1854 to James Roosevelt I and his first wife Rebecca Brien Howland. After graduating from Columbia, President Grover Cleveland, who was his father’s friend appointed him first secretary of the US Legation in Vienna and then first secretary of the embassy in London. He married Helen Astor in 1878 and then had 2 children. When his father died in 1900, the estate was split between him and his half-brother Franklin. You may have heard of Franklin, he went on to become the 32nd President. He was remarried in 1914 to Elizabeth Riley and died at his Hyde Park home in 1927.

If you’re interested in exploring more of the Astor Family history there is a plethora of info on line and a lot of books you can check out. Stay tuned for my next blog where I’ll discuss the Downstairs members of The Gilded Age cast!