Just like the Russell Family, I discussed in my previous blog (check out the link here), both the Brook and Van Rhijn Families are fictional. The Brook family is most likely of English descent and the name Van Rhijn is clearly a nod to the early Dutch arrivals to New York. I haven’t been able to figure out who (if any at all) this family is based off, there aren’t such obvious inspirations like the Russells. I thought in this blog, I’ll comment on the characters themselves and highlight some of my favorite Gilded Age New York Families. 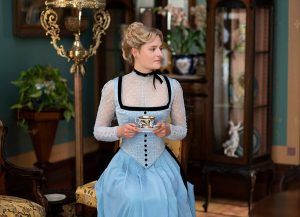 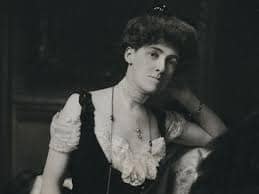 Marion Brook played by Louisa Jacobson (Meryl Streep’s daughter) finds herself without any living immediate family in The Gilded Age’s first episode and is forced to move to New York City with her Aunts because her Father has left her penniless. Marion questions the rules of New York society and seems to want to pave her own path. Another young woman from a prominent family comes to mind; Edith Wharton.

Wharton was born Edith Newbold Jones in 1862 in New York City in her family’s brownstone on West 23rd Street. She was known as “Pussy Jones” to friends and family (which makes me giggle a little bit). Her family was very wealthy and socially connected. It is thought that the term “keeping up with the Joneses” originally refers to her father’s family. Her mother was the descendant of a French Huguenot who arrived in America in 1686. Her father was first cousins with THE Mrs. Astor and she was also related to the Renssalaers (the most prestigious of the old Dutch families in NYC). So we’re talking OLD money and lots of family connections.

Wharton spent much of her early life in Europe, and she was fluent in French, German, and Italian. As a young woman she rejected the standards of fashion and etiquette for young ladies of the era. Edith began writing and telling stories at young age and attempted to write her first novel at age 11 (even though her mother forbade her from reading novels until she was married). She had her first work published at 15 and had a bit of success, but put writing aside for a decade and participated in New York society and was presented in 1879. At the age of 23 she married Edward Robbins Wharton and they traveled extensively.

As an adult Edith found great success as a writer and is most well known for her novel “The Age of Innocence” (check out the 1993 Martin Scorsese adaptation when you’re craving some Gilded Age film. Scorsese claims it’s the most “violent” film he’s ever made – violence being in the emotional sense). She won the Pulitzer Prize for Literature for this novel, making her the first woman to do so. She was also nominated for the Nobel Prize for Literature 3 times. What makes Wharton’s point of view unique in her critiezation of the Gilded Age is that she was a part of society and had an inside view. She died in 1937, and her last novel, “The Buccaneers” was unfinished. There’s a great mini-series based off of the Buccaneers you can find on some streaming services, it is a personal favorite of mine! 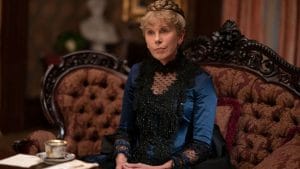 Agnes Van Rhijn, played by the incomparable Christine Baranski, represents the old money traditions of New York City. She lives in a sensible brownstone in the Upper East Side and does not want to let the “new people” in. She follows the rules and constantly expresses her distaste with Marion’s refusal to see that there are some things that are “just not done.” She mentions in the first episode that she is related to the Livingston Family.

The Livingston Family migrated from Scotland to the Dutch Republics and then to New York in the 17th Century. Members include signers of the Declaration of Independence (Philip Livingston) and the Constitution (William Livingston), the wife of founding father John Jay (Sarah Livingston), a Secretary of State (Edward Livingston), the negotiator of the Louisiana Purchase (Robert R. Livingston), and many more in their massive family tree. Descendants of the Livingston’s include President George H.W. Bush and President George W. Bush, Eleanor Roosevelt, suffragette Elizabeth Cady Stanton, much of the Astor Family, New York Governor Hamilton Fish, New Jersey Governor William Livingston, members of the US Senate and House of Representatives, Montgomery Clift and Jane Wyatt. Without a doubt this family is the definition of old New York and politically connected. 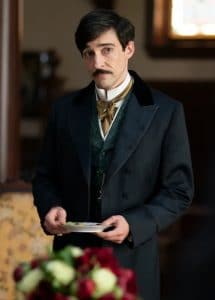 Oscar Van Rhijn is the son of Agnes, (played by Blake Ritson) and when he’s not trying to weasel his way into theRussell house, he’s carrying on a secret love affair with a man. I’m enjoying the fact that a gay character is being featured, though I wish Fellowes focused more on his struggle with his sexuality as he did with the character of Thomas in Downton Abbey. Since Oscar seems tolike a good time, I thought I’d focus on the Whitney family, known for being major figures in the breeding and racing of thoroughbred horses.

The American branch of the Whitney family was by John Whitney when he traveled from London to Watertown, Massachusetts in 1635. William Collins Whitney is the family member who started the tradition of breeding and racing horses. He was also the US Secretary of the Navy. Other notable family members include: Gertrude Vanderbilt Whitney (who opened the Whitney Museum), Eli Whitney (inventor of the cotton gin and interchangeable musket parts), Amos Whitney (who founded Pratt & Whitney), sculptor Anne Whitney, Benson Whitney (Ambassador to Norway under George W. Bush), Richard Whitney (President of the New York Stock Exchange), John Hay Whitney (Ambassador to the UK under Eisenhower and publisher ion the New York Tribune), and a plethora of businessmen, socialites, and scholars. 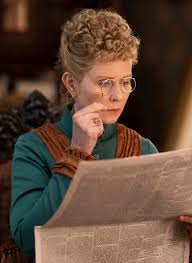 Ada Brook is Marion’s Aunt and Agnes’ sister. She is unmarried and basically lives at the mercy of her sister. Cynthia Nixon does a great job of creating a multifaceted character who is meek but has a heart of gold. As Agnes’ sister she would also be well connected socially and from an old American family. I thought I’d wrap up this blog by covering a family most people have now heard of, The Schuyler Family.

The Schuyler Family was founded by Philip Pietrese Schuyler in 1650 when he emigrated to what was then New Netherland. Member of the family played a critical role in the formation of America and have ties to the Livingston Family, the Oyster Bay Roosevelts, the Bush Family, the Van Cortlandt Family, and the Van Renssalaers. Philip Schuyler (Revolutionary War General and Us Senator), Angelica Schuyler (Google – “Hamilton: The Musical”), Elizabeth Schuyler (Alexander Hamilton’s wife) and many more influential early American figures., including; Pieter Schuyler (first Mayor of Albany), James De Lancey (Governor of New York), Pierre Van Cortlandt (first Lt. Governor of New York), Pierre Jr. and Philip Van Cortlandt (Members of the House of Representatives), and others, which honestly are too many to list.

If all these families seem to be related to each other, it is because, they were. Like European royalty, old families in New York rarely married outside a small group of people who where viewed as their peers. Wharton even comments on this in “Age of Innocence.” If you’re interested in learning about more of these old New York families, I’d do some research on “The Four Hundred.”

In my next blog I’ll discuss the infamous Astor Family. HBO’s The Gilded Age airs Mondays at 9pm and is streamable anytime on HBO Max. 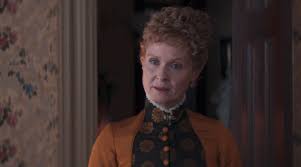