When I first heard Julian Fellowes, creator of Downton Abbey, was writing a show about The Gilded Age in New York City, I was excited — extremely excited.

Then I found out it would be full of some of Broadway’s brightest stars and I felt, Fellowes, had created a show for me personally. Like he reached into my mind and pulled this show out of all the places that give me joy. The Gilded Age has always fascinated me and the time period is one of my personal favorites in American History. Many of my colleagues and friends who aren’t as familiar with the era have asked if the show is factual and if the characters are real. I decided discussing the characters and episodes in a blog would be a great way from people to find out! Let us first focus on one of the main families featured on the show, The Russells. The Russells are a fictional family, but even though they didn’t exist in real life, they are based off a real Gilded Age family, the Vanderbilts. 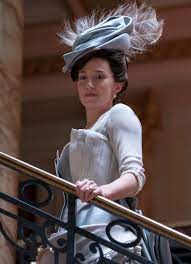 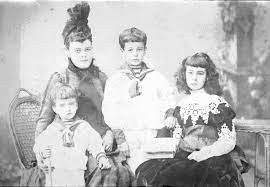 Bertha Russell, one of the main characters is clearly based off of real life society leader Alva Vanderbilt, who later became Alva Belmont. I’ll admit that my early obsession with the Gilded Age (the era, not the TV Show) revolved greatly around the Vanderbilt Family, so it was very easy to identify the influence here. Born into an aristocratic Southern Family, Alva married William Kissam Vanderbilt in 1875. William was the Grandson of “Commodore” Cornelius Vanderbilt, one of the richest men in America (and possibly the inspiration for The Gilded Age character George Russell). Like Bertha, Alva built a grand house on 5th Avenue taking up an entire city block (though her home was on 52nd Street, not 61st where the Russells live). This house would ultimately lead to Alva’s acceptance into society, as she threw a masquerade ball to christen the house in 1883 with over 1,000 guests. Contemporary reports say the ball cost $250,000 ($6 million today) with $65,000 spent on champagne alone. An often repeated story tells that Vanderbilt felt she had been snubbed by Caroline Astor, queen of elite of New York society, so she purposely neglected to send an invitation to Astor’s popular daughter, Carrie. Supposedly, this forced Astor to come calling, in order to secure an invitation to the ball for her daughter.

Astor did in fact pay a social call on Vanderbilt and she and her daughter were guests at the ball, effectively giving the Vanderbilt family society’s official acceptance (Vanderbilt and Astor were observed at the ball in animated conversation). Both Carrie and Caroline are characters in the show, and Alva herself is mentioned as “having broken in to society.”

Alva would go on to divorce her husband and was subsequently snubbed by society. Shortly after, she forced her daughter Consuelo into a loveless marriage with the Duke of Marlborough. Some say she did this as a way to ensure her daughter had some autonomy as British peeresses were able to lead more full lives than their American counterparts. Others said she selfishly wanted to sell her daughter off to a titled Brit to gain more social clout in America. This was a very popular trend during the Gilded Age and the term “Dollar Princesses” was coined. Alva would later marry Oliver Belmont and became very involved in the American Suffragette movement. 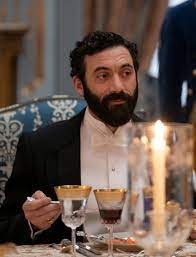 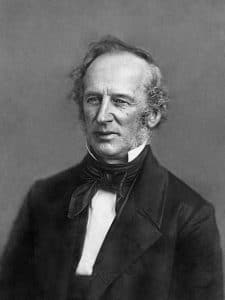 Like Bertha, George Russell seems to be based off of a major member of the Vanderbilt Family. In his case it is “Commodore” Cornelius Vanderbilt. When Vanderbilt died in 1877, he left an estate of $105 million ($2.8 billion today) making him one of richest men in American history. Vanderbilt was the definition of “new money.” Born on Staten Island in 1784, he quit school young and at the age of sixteen borrowed $100 from his mother to begin a ferrying business taking passengers and goods between Staten Island and Manhattan. He later expanded into steamboats and purchasing real estate as a young adult, eventually taking over operation of the Staten Island Ferry. As the 19th Century rolled on, he began to operate transatlantic voyages and bought control of a major shipyard

In the 1850’s he was put on the board of directors of several railroads and was elected President of the Harlem Line in 1863. A year later he sold all his ships to focus on the railroad industry. In 1869 he constructed Grand Central Depot to serve the Harlem line. This was replaced in 1913 by the current Grand Central Terminal.

Like George Russell, Cornelius Vanderbilt was a cutthroat business man, but unlike Russell he didn’t have aspirations of being accepting into New York society. He was know to spit his chewing tobacco in the vases at dinner parties and was very unrefined, to put It mildly. Traits I doubt we will see from George as the show progresses. 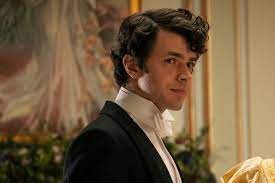 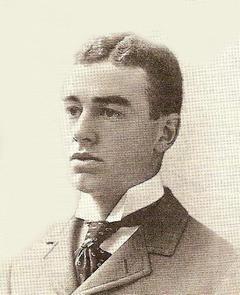 Larry Russell, son of George and Bertha, seems to have a resemblance to yet another member of the Vanderbilt clan, Cornelius Vanderbilt III. Larry seems to see right through his mother and carries disdain for her social ambitions and follows his own path. Cornelius Vanderbilt III (Great-Grandson of the Commodore) was actually disinherited and shunned by his parents. When he was twenty-three, he married Grace Graham Wilson (of the “marrying Wilsons,” look them up, they were a very interesting family) against his parents wishes and was cut off financially and emotionally. He loved machinery and would go on to earn a Masters in Engineering from Yale. He patented more than thirty inventions relating to locomotives and freight cars which brought him substantial royalties. During World War I he served as a Brigadier General with the National Guard, receiving the Army’s Distinguished Service Medal. After the War he frequently visited Europe, becoming friends with European royalty like Kaiser Wilhelm II. He died on his yacht in 1942 at the age of 68. 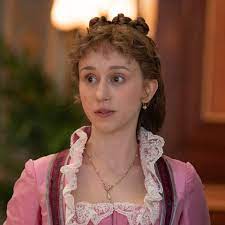 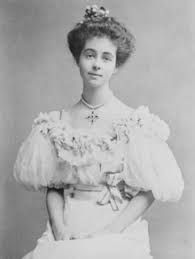 As with the entire Russell Clan, Gladys Russell is very much based off of Consuelo Vanderbilt, Alva’s daughter. Of all the books and research I’ve read on the Vanderbilt Family, I’ve read the most about Consuelo, and Gladys is a dead ringer character wise. Consuelo had a very strict upbringing that was often borderline abusive. As an heiress, there were many men who pursued her, but her mother was determined for her daughter to marry into the British peerage and have a title. Her mother engineered a marriage between Consuelo and Charles Spencer-Churchill, the Duke of Marlborough. Consuelo had no interest in the Duke and became secretly engaged to Winthrop Rutherford. Her mother ordered and threatened her, even locking her in her room at one point. It wasn’t until Alva claimed Consuelo’s actions had given her a heart attack that the engagement with Rutherford was called off.

She married the Duke in 1895 and apparently stood at the alter weeping. Marlborough collected $2.5 million ($72.5 million today) as a dowry and was able to restore the crumbling Blenheim Palace. Consuelo and the Duke unsurprisingly had an unhappy marriage and divorced in 1921. The marriage was later annulled and when the Duke converted to Catholicism, Alva testified that she forced her daughter into the marriage. Mother and daughter maintained a much better relationship following this admission. Thou no longer married to the Duke, she maintained relationships with some of her favorite Churchill relatives, including Winston Churchill.

Consuelo would go on to marry French aviator Jacques Balsam and build a home in Florida called Casa Alva in honor of her mother. In 1953 she wrote an autobiography “The Glitter and the Gold” and died in Long Island in 1964.