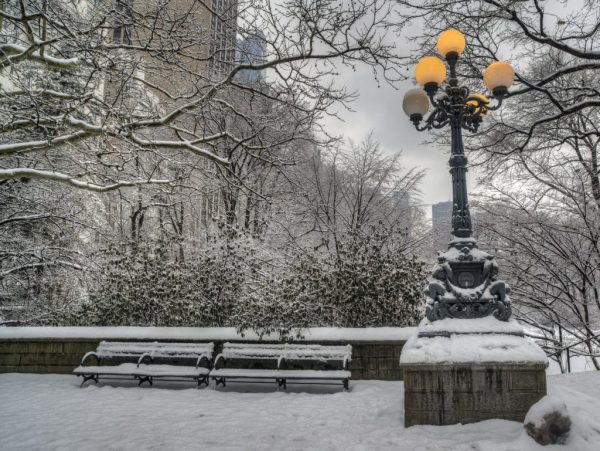 I remember my first time coming to New York City. It was during a horrible blizzard. I remember people said, “It was the worst snow storm in years.” To be fair, I think they say that about every storm that happens in New York. I came to town for an audition but that was really just an excuse to come see the city that I’d always fantasized about. Growing up, like many, I’d always known that I would live in New York. Hearing stories of the bustling city, great food, cultural neighborhoods, amazing Broadway shows, and a surly populous that will tell you what they think on any subject, it was a dream finally come true.

My only issue was what to do first. I didn’t know anything about New York at the time. What side of the subway platform to use to go Uptown or Downtown? Where is Times Square? What should I see in Central Park? How do you find cheap tickets to Broadway shows? What is the story behind all of these historic buildings and squares and statues? So much to find out!

Now, like I said, it was a blizzard. I bundled up under my heaviest coat and snow boots and began to stomp around the city. As nine hours passed, I walked, explored, and saw the many sites “The Big Apple” had to offer. By the end of the day I couldn’t feel my fingers and toes, but I was entranced with what I saw. I just didn’t have much context for the things I saw. Even though I had a little tourist booklet of the sites, it really didn’t give me that personal experience someone showing you does. 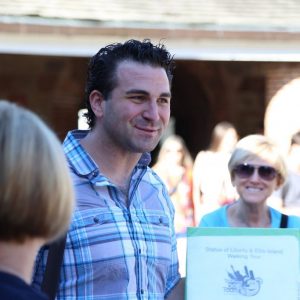 It took many years from that first trip for myself to finally take the plunge and move here permanently. After living (and surviving) in the city, I noticed a severe lack of quality New York walking tours. Most of the larger corporate companies had very little customer service and cared far more about their bottom line, then about the actual experience. Giant groups, where people constantly get lost in the fold. Not to mention the poorly untrained and unknowledgeable guides. Some of the smaller boutique companies, seemed to be a bit unprofessional and focused on more of a personal opinion of the New York experience. I want to know about the culture and history of an area, not where one particular person buys jeans or some crazy person you don’t like who lives in the area. (Yes, I took a tour once where someone just shared what their experience living in the area was like.) I knew I could find a better way.

TopDogTours wants to intimately take tourists through the real streets of New York City. Our hope is to take the stress out of navigating the city for people who might not be familiar with it, and explore deeper, for those which are. A truly hassle-free guided experience, which will give you an internal look at the “in’s & out’s” in the Big Apple. We want you to ask questions, interact and have an amazing time going on our city walks. That’s why we keep all our groups small and intimate in order to provide an unforgettable experience. Our guides are all highly ranked and licensed through the city of New York. They are specialized professionals who come from a multitude of backgrounds. Unlike at other tour companies, they aren’t just given a script, they are thoroughly trained to give a unique experience for every tour.

We truly take pride in the history, culture, and uniqueness of New York City. 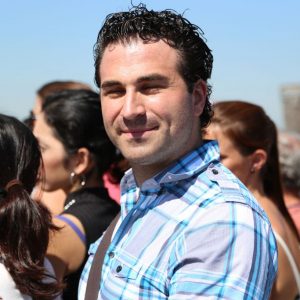 Patrick has been in the arts and theater community for all of his life. Born into a performance family, he spent most of his informative years traveling and performing. As he continued to pursue a professional acting throughout college, he was inspired by a teacher of his to begin writing plays. A handful of his plays have been produced at theater festivals and children’s theaters around the country. His new play called “Shark Attack! The Musical!” premiered to the public at the Off-Broadway theater The Electra in 2016 and looks to have a full production in the following year. When he’s not performing, he enjoys playing Ukulele, spending time his dogs, reading comic books, and giving New York City walking tours!