Your Guide To An Afternoon Manhattan Pastry Crawl

New York is a Mecca of great desserts with world class bakeries and cafes on practically every corner.

However, there are a few iconic places that rise above the competition and become sought-after stops by New York locals and tourists alike. These bakeries are spread out across New York’s most popular neighborhoods, so trying to visit them is both a great self-guided New York tour and a dessert lover’s dream come true. Whether they rely on eye-catching, Instagram ready looks or just simple pastries made better than you’ve ever had them before, these five locations are the perfect stops if you’re looking for a new, unique foodie experience in New York. So grab your family and friends for an afternoon, come hungry, and enjoy your very own Manhattan Pastry Crawl! 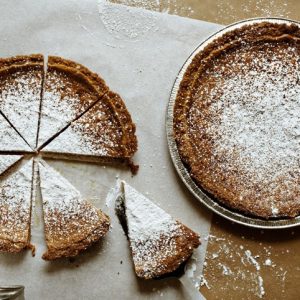 Our crawl starts in Midtown with the iconic Milk Bar, part of a dessert empire owned by celebrity chef Christina Tosi. This unassuming spot shot to fame when Tosi began selling her now famous Crack Pie at a small bakery in the East Village in 2008. From there, she went on to create Naked Layer cakes with unfrosted sides, a Compost Cookie with odd ingredients like potato chips and pretzels, Birthday Cake Truffles made from leftover baking scraps, and a soft serve ice cream that tastes exactly like Cereal Milk. After Milk Bar’s meteoric rise to fame, Christina Tosi became a judge for the cooking show Masterchef on FOX, and Milk Bar has been the subject of an entire episode of Chef’s Table on Netflix. This trendy spot is the perfect first stop on your Pastry Crawl. 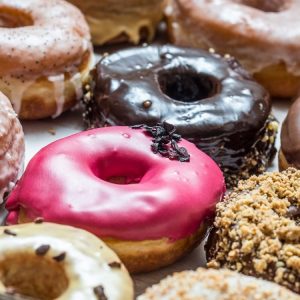 Located just a few blocks south of the iconic Flatiron Building, Dough Doughnuts has attempted to perfect a refined version of the treat made throughout the world. Judging by the constant stream of both tourists and locals, they seem to have succeeded. Dough’s huge doughnuts are made in small batches throughout the day in full view of the store, so everyone can see the doughnut making process. As they say on their website, “buying a doughnut is an experience, not just a product.” Our suggestion? The Lemon Poppy is one of their most popular doughnuts, or try the Hibiscus for a unique, Instagram ready experience. Your taste buds (and follower count) will thank you. 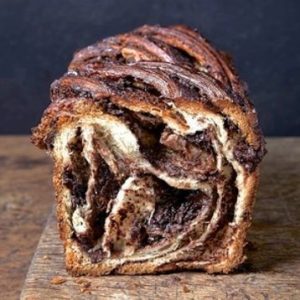 How does a spot with a simple name like Breads Bakery keep up with the other Instagram-friendly options in New York? By simply being one of the best. Breads specializes in artisanal, handmade breads and pastries using traditional techniques from pastry chef Uri Scheft’s hometown of Tel Aviv, Israel. Their chocolate babka with dark chocolate and Nutella has been a neighborhood favorite since the bakery opened in 2013, and the decadent treat quickly rose to the level of New York icon. Just a few blocks south of Dough and west of bustling Union Square, this simple shop with a mom-and-pop feel is not one to be missed. 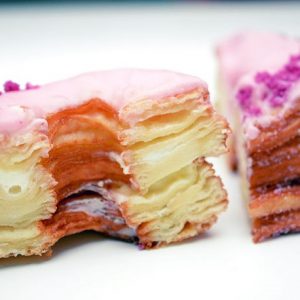 Opened in 2011, this simple bakery may be responsible for starting New York’s pastry craze. They are most famous for the “Cronut,” a flaky pastry that’s a cross between a donut and croissant. This simple pastry idea took New York by storm, and with only a limited supply made daily in-house, the Cronut soon began selling out every morning within moments of the bakery opening. In their heyday, lines started before 6am, and desperate pastry lovers paid enterprising locals to stand in the line for them. The pastry was even named one of TIME Magazine’s best inventions of the year in 2013! Though the cronut is still notoriously difficult to get, Ansel has created a variety of other innovative desserts to satisfy dessert lovers, from a shot of vanilla milk in a chocolate chip cookie glass to the Frozen S’more.

Need a break from dessert before our final stop? SoHo is one of the best shopping districts in New York! Wander through stone streets and past historically landmarked buildings to find some of the best chain stores, designer boutiques, and pop-up shop surprises in New York. 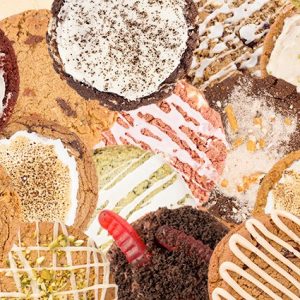 Our final destination brings us back to Midtown for a cookie shop that has become a staple of New York’s theatrical community. Loved by actors and fans alike, Schmackary’s has been around since 2010 when owner Zachary “Schmackary” Schmahl opened a store to test the boundaries of typical, acceptable cookie flavors. Beyond just bringing in crowds for their exciting cookies, Schmackary’s is known for their Broadway Bakes fundraiser that puts some of Broadway’s biggest names like Idina Menzel or Sara Bareilles behind the cookie counter to take selfies with customers, sing a capella versions of their favorite show tunes, and (of course) serve great cookies. With over 45 unique flavors on a constant rotation boasting clever names like The Yogi Bare, The Hangover, or The Great White Way, this cute shop is sure to have a little something for sweet tooths everywhere.