To understand why John Wilkes Booth decided to gather a group of conspirators together on Good Friday 1865 to undermine the nation – killing the president alongside the failed assassinations of other members of his cabinet – one must look towards his life on the stage.

John Wilkes Booth was beloved by all, especially women, as a strikingly handsome figure with a face audience members would drop money just to look at, regardless of what show was on the playbill. He was also a bigot who considered African-Americans less than human and was furious that Lincoln would grant freed slaves their citizenship. Can’t forget that part. Yet, while John’s name is rather well-known today and even immortalized by theatrical legend Stephen Sondheim in his musical Assassins, he found himself overshadowed in life by his brother Edwin.

Calling Edwin Booth “The Other Booth Brother” during his lifetime would have been considered heresy. Not only was Edwin considered one of the great stage legends of his time but a performer who took his time with the language of Shakespeare. This would be a stark contrast to his father Junius Brutus Booth who spent much of his time on stage as a human tempest running around and swinging swords at ensemble members. “Fight call” was not a thing back in these days. While contemporary critics would praise Booth as a superior actor with a natural gift for the stage, his younger brother John was just a handsome face. It would not be fair to say that Edwin Booth incidentally found himself as his brother’s better. It was both their family circumstances and Edwin’s own financial decisions that would create a great divide between the two brothers that would never be healed.

Edwin Booth never had a childhood. He said so himself, saying that his boyhood days ended when he was conscripted by his mother Mary Ann Holmes to accompany his father on his theatrical tours. This was not so Edwin could have bonding time with his father but so he could look after Junius to make sure he did not drink away his earnings the family sorely needed. Not only were there bills to pay, but Junius’s first wife had moved from England to Baltimore so she could petition for divorce against Junius who had left her and her son to marry Mary Ann, a flower girl from Covent Garden, with whom he had ten illegitimate children. Marie Christine Adelaide Delannoy, the first wife, would terrorize the Booth family by following Mary and her children around Baltimore and screaming to anyone who had no choice but to listen that these children were bastards. 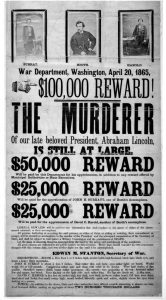 The silver lining, if any, that Edwin could look forward to while playing the role of his alcoholic father’s guilty conscience was that he could learn the craft of acting at his father’s knee, even if he was asleep. One of Edwin’s first breakout rules at the age of sixteen was when he replaced his father as Richard III because Junius was too drunk to go on. Reviews were glowing. John could not help but feel that even if he could not see what his brother had to deal with from Junius it must have been a vacation compared to look after the Booth homestead where a strange woman kept following him and his family around calling them bastards. To make matters worse, when Edwin decided on a tour of California to stay so he could become his own man he had forsaken his role as his father’s keeper and sent Junius to travel home by himself. Junius never survived the trip.

Now indirectly responsible for his father’s death, something John and the rest of the family was keenly aware of, Edwin had little time to mourn as his star skyrocketed. At the same time, John sought to get into the acting profession himself but was kneecapped by Edwin. A border was drawn up across the country, several years before Fort Sumter and the Civil War, where Edwin would work all the more financially viable theaters in the North while John could have the theaters in the South which were often less profitable. This led to John spending much time in the south and at a perfect position to be scouted by the Confederate Secret Service towards conspiring against the President.

To really sink the knife in, the only time John was onstage with his brothers Edwin and Junius Jr. – Junius Jr. mostly kept to himself since his absence until now – was a production of Julius Caesar where John was denied the opportunity to play Brutus. Edwin claimed that John was not famous enough to play the assassin. A few months later when John Wilkes Booth shoots Lincoln he dives onto the stage, breaks his leg in the process and screams out to the audience what was identified as “Sic Semper Tyrannis!” While that is the Virginia state motto and can easily be a final cry from the Confederacy it also has a theatrical root. It’s Brutus’s line. Thus comes the theory that when John shot Lincoln he took one last curtain call so he could scream out to his brother “Who’s the famous assassin now?” 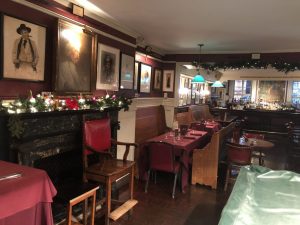 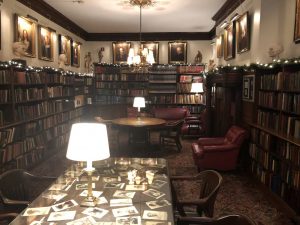 Edwin Booth’s career would soldier on in Shakespearean classics like Romeo and Juliet as well as a career defining Hamlet. But Edwin Booth’s final years would be spent at the Player’s Club by Gramercy Park where Edwin would surround himself with greats like JP Morgan, General William Sherman, Mark Twain, and the like. His final years, as well as the Player’s Club and the saga of the Booths themselves can best be explored on TopDogTours’ Gramercy tour which includes the only tour of the Player’s Club available to the public. See the artifacts that shaped Edwin’s life and rediscover one of the largest names in theater, a name that has been largely overshadowed by the actions of his brother.