I once discovered that Grease 2 is literally unwatchable. 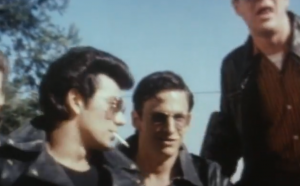 I was down in the United States, and I was on my own for one of the first times in my life, taking a weekend screenwriting course in San Diego, and I had made a crucial error in calculation: in my haste and excitement, I had forgotten to pack a book.

So there I sat in my motel room, flicking through channels, and I caught the tail end of Grease. Turns out it was a Grease movie marathon because the next thing on was Grease 2. I made it two and a half minutes in before shutting it down. With literally nothing else to do, I discovered that Grease 2 was, for me anyway, unwatchable.

I also learned a valuable lesson, a rule I quote to everybody: always have a book on you somewhere. But the real takeaway is not to get caught in a strange city without any clue as to what’s going on. If I had known about some great live shows in the area, I might’ve been able to check out something cool, something unique, and bring home an experience.

Vacations away – trips somewhere – are all about experiences: great experiences. Wherever you’re going, you want something great to do. You take a few photos to jog your memory, but really, it’s all about the experience.

Let’s prevent boredom and grab some beautiful, wonderful memories with some wonderful shows. 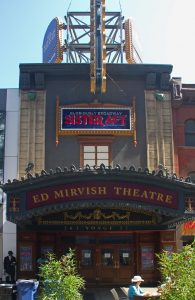 There’s always the big stuff, of course. Mirvish runs the biggest musicals, those wild and heady extravaganzas that tend to excite and enchant any visitor to the city of Toronto. Playing all through December are productions of Cats and Anastasia. If you’re here from December 13th onwards, Come From Away will be playing, and all of these promise to be the kind of song-and-dance showcases that will satisfy any big musical theatre fan.

But you might have heard about those. You certainly will have heard about them by the time you’ve driven or walked anywhere in town. Posters tend to abound for that sort of thing. And I’m not saying that I shouldn’t have told you about them, but rather, what you should do is ask an insider. I have a few insiders. I spoke with some of my theatre-going, theatre-loving, in-the-know friends and asked “What are you excited about this December in Toronto?” And here’s what they said…

It’s Christmas season (happy holidays, everybody!) and there’s a good chance you’re out for a classic. There are two versions of Charles Dickens’ evergreen classic A Christmas Carol that are well worth seeing, as far as my friend Phil is concerned. Soup Can Theatre is performing a version of the Yuletide yarn at the historic Campbell House. It sold out last year, so that says all you need to know about buzz… 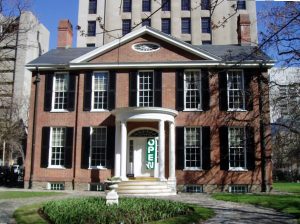 The Campbell House is this great, old manor built in 1822, which is right in that Dickensian period (albeit an ocean away from Dickens). The oldest remaining building in the town of York, the building is preserved for its history, and serves now as a museum and a gateway to the past…

Gateway, indeed! The version of A Christmas Carol being presented there (running until December 22nd) is immersive, site-specific theatre. The tale isn’t performed as a “normal” theatre production, you’ll be in the thick of the action, moving through the mansion to witness the show, almost like you are one of the ghosts haunting Scrooge’s house and heart: unseen, but present. This is the kind of thing that live theatre can offer audiences which they simply cannot get elsewhere. You can’t travel with the characters on TV, only observe them, but at Campbell House, you’re as part of the ride as it gets!

White Mills Theatre is also presenting A Christmas Carol. Their version, too, is immersive, and takes place in a historic site – the Spadina Museum – and also promises a musical component. They have re-set the tale in 1907, so this one pushes on the tale even further, and might mix things up enough if you’re looking for a really fresh take.

Phil knows (as I do) that you might be seeking some non-Christmas-specific shows. He had one more show for you (and me) to check out. Bad Hat Theatre is at Soulpepper right now (December 6th, anyway) with a production of Peter Pan. He said it was a familiar story with a “new spin”, although he didn’t go into further detail. Just go see it, you’ll be delighted, I’m sure (Phil knows his stuff). It’s a little over an hour, perfect for young audiences if you’re traveling with little ones.

Mystery Man gave me my own mystery. He didn’t “name names”, only hinted at good shows. He told me to check out Coal Mine Theatre... Alright…! I’m always game for a mystery, and goodness knows, hunting and finding hidden gems is one of my favourite things to do in a city, new or familiar.

Here’s what I found…

Coal Mine Theatre is presenting a show called Between Riverside and Crazy through December 22nd. It is a story of ex-cop Walter Washington and his encounters with a “…slew of bizarre characters, each a celebration of the flaws that make up human nature.” Sounds like a mystery worth solving… 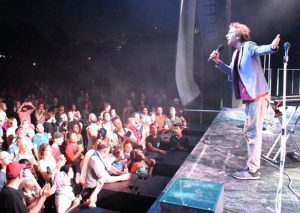 Let me also tell you about a man named Dave… David Brennan is a friend of mine who used to live around here (Hamilton), then moved to Ottawa. He’s a stand-up comic and a stand-up guy, and he’ll be in Toronto from the 5th of the December to the 8th, performing at Absolute Comedy Toronto. You never know what to expect with stand up comedy, of course, but I love Dave’s work. I once saw him do a stand up bit which I tell people about to this day for its audacity, talent, and sheer gumption. I won’t wreck his bit here, of course. If you’re really curious, I guess PM me.

But that’s the real thing, isn’t it? You want to find your own gems. So, that’s a few recommendations from me and my insiders, but that doesn’t mean you have to go to one of those. Get out there. Snoop around. Find out what’s going down so you can become your own insider and make a wonderful series of memories for your vacation! Drop us a line to let us know what you’ve found, maybe throw a comment in so others can find it, too.

But whatever you do, wherever you go, just remember to always bring a book.

You don’t want to wind up watching Grease 2.